English Grammar Articles [a, an, the]

What are articles on English grammar? An article is a word used before a noun to indicate whether a noun refers to something specific or not. A, an and the are articles. In the previous sentence we find the article “a“. This shows us that he does not need a specific pencil box. He can have any pencil box.

In the previous sentence we find the article “an“. This shows us that he does not need a specific apple. He can have any apple. 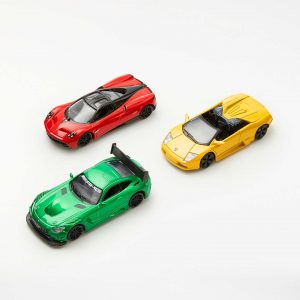 In the previous sentence, we find the article “the” This shows us that the speaker wants a specific car.

In English, there are two kinds of grammar articles.

A definite article tells us that a noun is specific. A speaker talks about a certain (or known) thing.

The definite article in English is  ‘the’.

The can be used before both singular and plural nouns.

‘Indefinite’ means not clear, not exact.

An indefinite article tells us that a noun is not definitive. The speaker talks about anything of this kind.

The indefinite articles in English are ‘a’ and ‘an’.

What is the difference between ‘a’ and ‘an’?

‘A’ and ‘an’ have the same meaning. We use ‘a’ before a consonant sound.

We use ‘an’ before a vowel sound.